Deprecated: Function get_options is deprecated since version 4.0.0! Use options_class->get() instead. in D:\websites\cityofferndale.org\wp-includes\functions.php on line 5379

Deprecated: Function _default_values is deprecated since version 4.0.0! Use options_class->default_values() instead. in D:\websites\cityofferndale.org\wp-includes\functions.php on line 5379
 News | Page 57 | City of Ferndale 
Deprecated: Function create_function() is deprecated in D:\websites\cityofferndale.org\wp-content\themes\townpress\functions.php on line 212 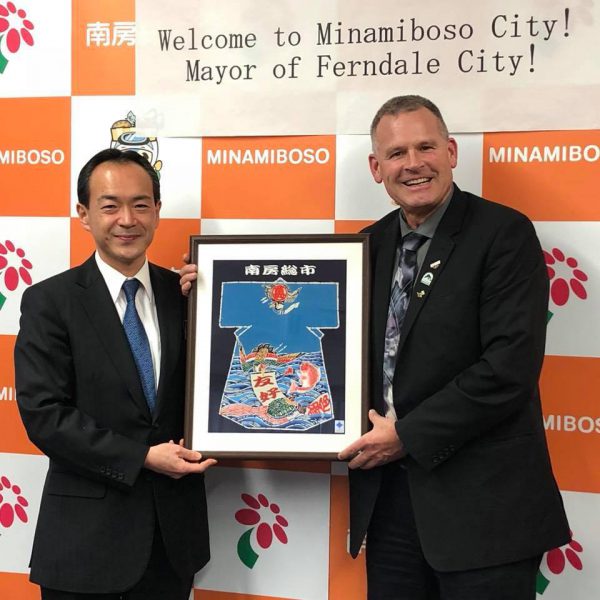 This last week, Mayor Jon Mutchler visited Ferndale’s sister city, Minamiboso, Japan. The mayor was serving as part of a delegation from the Bellingham Sister City Association that was participating in the Wakashio Marathon in nearby Tateyama, Japan.

While in Japan, the Mayor attended a traditional tea ceremony, visited a public elementary school, met the official mascot of Tateyama (“Dappe”), explored a tomato farm, ran a marathon and strengthened the international ties that connect our communities.

In 2016, a delegation from Minamiboso came to Ferndale to celebrate their twenty-fifth anniversary as sister cities. Ferndale hosted a reception, complete with performances, gifts and cultural exchange. Mutchler was able to see some of those gifts on display at the Minamiboso community center (pictured below).

No public funds were expended on this trip, the airfare was provided for by USA Fit Bellingham, a local running group of which the mayor is a member. 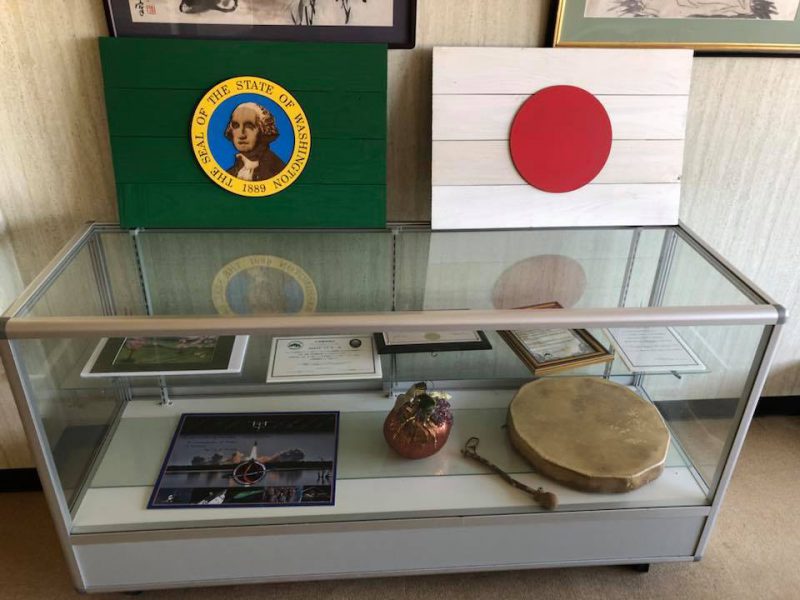 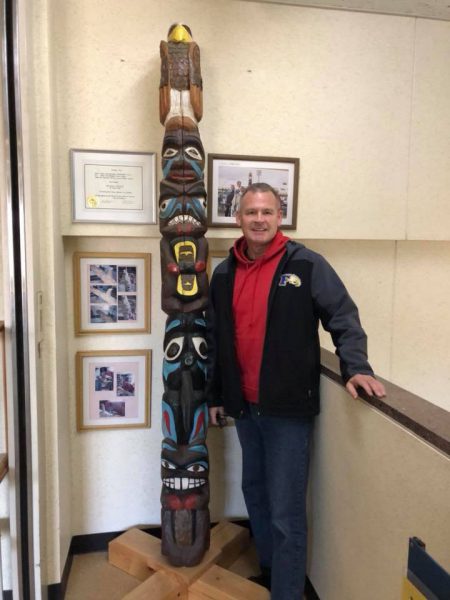 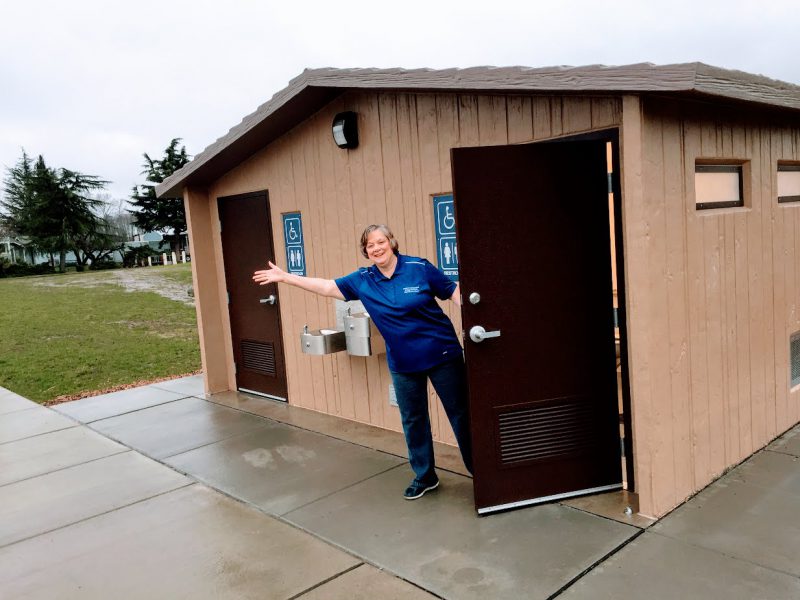 The City is proud to announce the Star Park Bathrooms are finally open!

Thank you to our Public Works crew for getting them setup, thank you to Sanitary Service Company, Inc. (SSC) for their generous donation of portable toilets over the last year to bridge the gap and thank you former Councilwoman Carol Bersch for posing for the announcement. 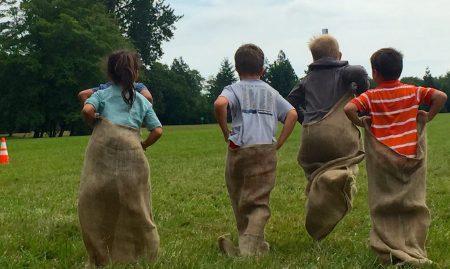 Last year, over 2,000 Ferndale residents enjoyed our “Summer of Fun”. They marveled at a solar eclipse, searched for treasure across the City, played tug-a-war with their friends and family and ate delicious food at Star Park. This year, we are expanding our recreational activities to include even more events.

Help us decide which events to hold and when to offer these recreational opportunities by taking our 2018 Parks Activities Survey. It shouldn’t take more than five minutes, and your input will shape what we offer this year. 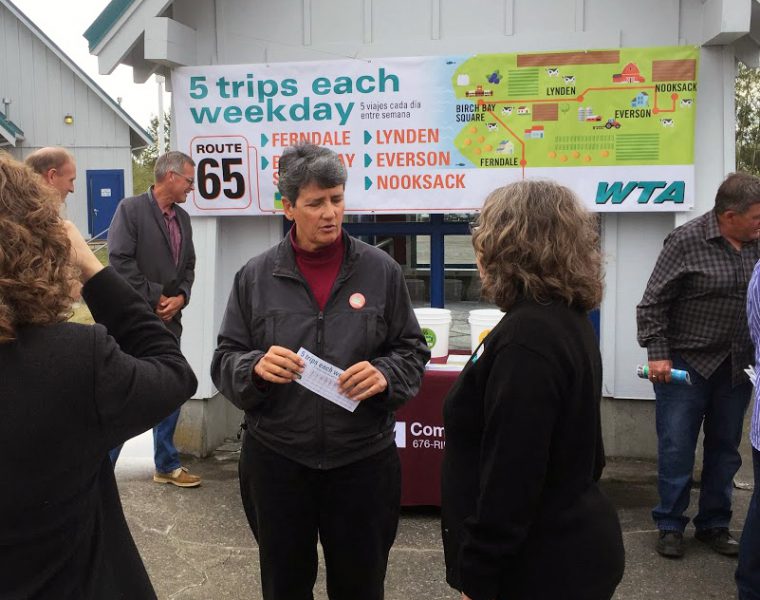 Congratulations to Councilmember Cathy Watson who was just elected chairwoman of the Whatcom Transportation Authority – WTA Board of Directors. The City appreciates your work on behalf of all Ferndale public transit users.

This Wednesday, the City Council, Mayor and City Staff gathered for a daylong retreat to set their priorities for the coming year. Council selected liaisons for community groups, assigned committee members and participated in a goal setting exercise called “Must/Should/Could”.

As part of this exercise, they identified top priorities and then winnowed them down to things they “Must Do”, “Should Do” and “Could Do” with the understanding that not all of these projects will be completed in two years, but progress will be made towards these goals.

City staff will then use this list of prioritize to shape their work for the year and guide the 2019 budget process. You can find 2016’s list by clicking here and previous year’s Must/Should/Could by clicking here. See below for current lists, committee and liaison assignments.

Ferndale Market Area First in Nation for Job Growth in 2017 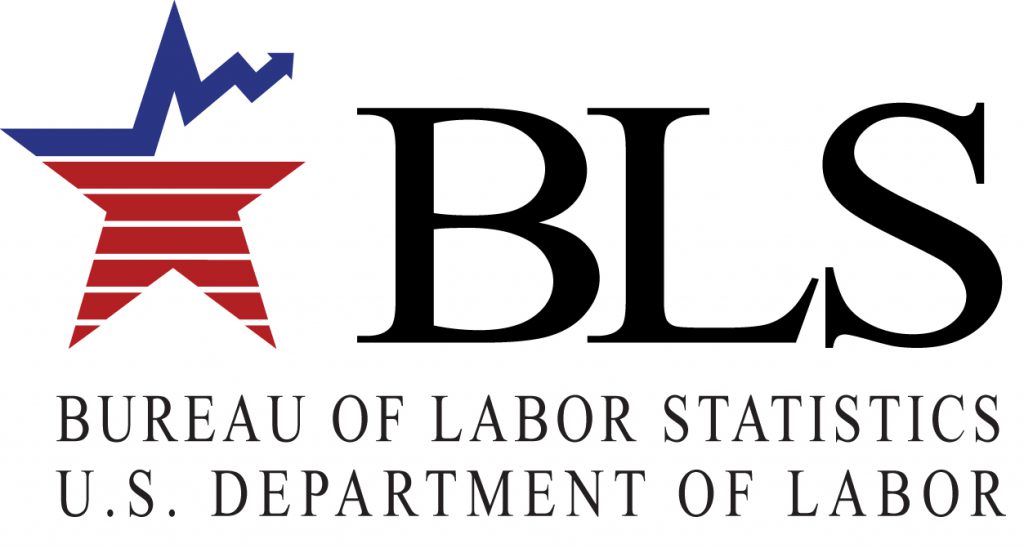 The strongest sectors were mining, logging and construction, with manufacturing a close second. Many of those construction projects are located right here in the City of Ferndale, where over 120 single family homes were built in 2017.

“We are excited to see so much job growth in our community,” said Community Development Director Jori Burnett. “This momentum will propel us forward to the next great chapter of our city.”

This is part of the larger economic trends in the area as more businesses locate their facilities in Pacific Northwest.

You can learn more about why Ferndale is a great place to locate your business at www.FerndaleMade.com.