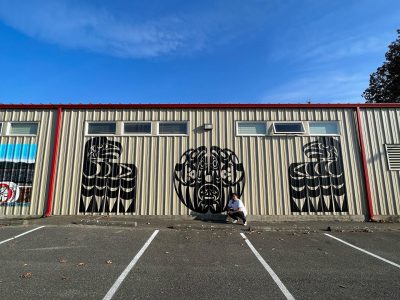 Today, we recognize Indigenous Peoples’ Day. This is an opportunity to honor the resilience and immense contributions Native Americans have made to Ferndale’s past, present and future. We stand on the ancestral homelands of Coast Salish peoples, who have lived by and on the Salish Sea since time immemorial, and acknowledge the shaping hand of Indigenous Peoples’ on the course of history.

On this day, we ask all residents to take a moment to reflect on our relationship with tribal nations and indigenous cultures including the Coast Salish people and beyond, and how we can all continue to celebrate these lands, and the people who make them so special.

According to the latest estimates from Washington State, the City of Ferndale is now the second largest city in Whatcom County with 15,270 residents. This represents a 33.77% increase from 2010 and makes Ferndale the fastest growing city in Skagit and Whatcom County. This is also the first time in the history of Ferndale where the City has had more residents than any other City in Whatcom besides Bellingham.

“This is great news for Ferndale,” said Mayor Greg Hansen. “It is no mystery why people chose Ferndale as their home. We have great schools, great parks and an incredible growing business community,” said Hansen.

“While this growth may feel sudden, it is planned. The City is ready to welcome our new neighbors,” said Hansen. In the last three years, Ferndale has started over $50 million dollars’ worth of local infrastructure projects including the construction of the Thornton Overpass, the drilling of a new well and the expansion of the water and wastewater treatment plants.

“For those of you who are concerned about losing our small-town feel, I have a challenge,” said Hansen. “Go out and meet one of your new neighbors. Share your favorite things about our city and in doing so, we will continue our proud tradition of kindness, support and decency that make Ferndale the great place we know and love.”

The full population estimates from the Office of Financial Management can be found on their website here.

The City of Ferndale received the 2021 Spotlight Program Excellence Award for the Old Settlers Variety Show from the Washington State Recreation and Parks Association (WRPA) at their annual conference.

The City of Ferndale, in partnership with the Whatcom Old Settlers Association, produced the Old Settlers Variety Show, a unique celebration of Ferndale’s history and culture. The streaming video program was produced as a substitute for the 125th anniversary of the Old Settlers Weekend during the pandemic and included a documentary from the Lummi Nation, an original radio drama set in 1930s Ferndale featuring local actors and written for the occasion, interviews with community leaders about Pioneer Days of years gone by and concerts. It is available for streaming for free at www.cityofferndale.org/varietyshow

“A community that does not tell their own stories loses a bit of their soul. I’m grateful for all who shared their stories and helped us turn this challenge into an opportunity to create a piece of Ferndale history,” said Recreation Coordinator Riley Sweeney.

Recently, former Mayor Gary Jensen wrote a tribute to the Ferndale High School football stadium which is getting demolished and rebuilt as part of the construction of the new Ferndale High School. As it explores a key part of Ferndale’s history, the City has published it here with permission:

Can you write an obituary for a Football Stadium? How about one that has been at the same location for 80 years?

The Ferndale High School football team played it’s last ever game on the grass of Memorial Field. The old stadium will be soon torn down, allowing for a new high school. A new stadium will be constructed in a different location. To some it might be a simple patch of grass. For many others a field of grass with thousands of memories . A place where high school heroes were made.

My neighbor, FHS class of 1951, recalls most of the school getting out of class to spread gravel on the then new track surface. Imagine that happening today. He did not recall if they received shop class credit for the wheelbarrow work or P.E. credit for the rake work. In the 70’s the track surface was red brick cinder. I can still feel and hear the sound of extra long spikes crunching through that cinder as you pounded into a turn on that track. Ferndale’s track was unique in that it had enough room to hold a 220 yard dash on a straightaway. In my era, the football team locker room was located in the basement of the oldest building on the high school campus. As we left that basement on game nights, the sound of hundreds of metal tipped football cleats hitting the cement floor and then thundering up older, wooden steps, seemed to shake that old building up and down the halls. Out the doors and running out onto the field of grass, now a different shade of green because of all those lights , mounted high on wooden poles.

A buddy and I once rode our Harleys to Idaho so we could watch Ferndale play. In typical American male fashion, no maps or directions required. We simply just rode into town looking for the stadium lights. Similar to small towns all across our country, those stadium lights serving as a beacon, calling the high school fan home. Friday Night Lights!

It even helped to produce two Ferndale Mayors. One who learned how to hit, or be hit, fall down and then get up with a smile and a handshake. Something politicians of today could still use more of. That stadium allowed me to sit in the stands and watch a skinny, all legs, sophomore, don a cheerleader uniform and grow into a great young lady. The love of my life, second only to the other football cheerleader, her mother. In three years she never knew the feeling of her team losing on that grass.

We thank so many families, many multigenerational, who allowed young men to play on that grass. Names such as Hannah, Locker, Brudwick, Pederson, Oxford, Cline, Muggy, Irwin, Finkbonner, Westford, Ebe, Unick, Hoelzle, Perrin and Broselle. We also thank one of the best coaches we have ever seen, Vic Randall, and all those who came before and after him, such as Bill Dawes and State Champion, Jaime Plenkovich. Ferndale Memorial Stadium, “It’s a matter of Pride”, we say goodbye to you! The name and location may change but that patch of grass will not soon be forgotten.