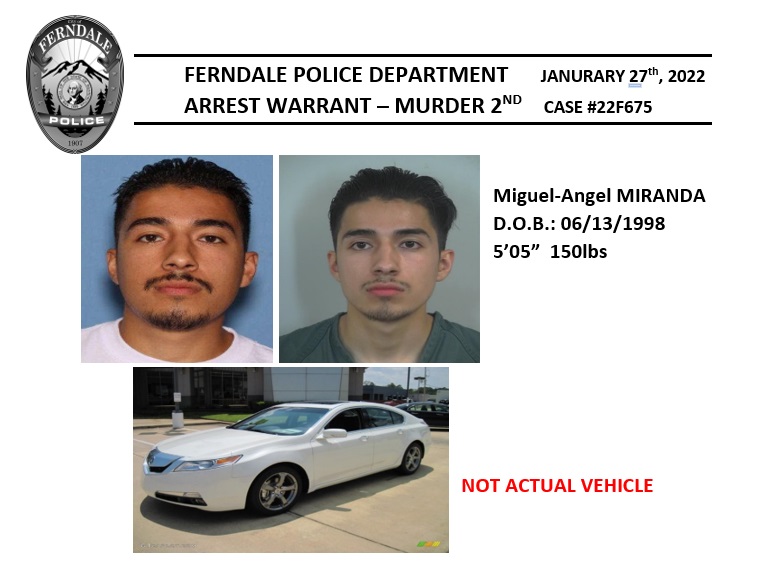 On 01/23/2022 shortly after midnight, the Ferndale Police responded to a report of a shooting at a large party. Responding officers located a victim on the ground outside who had sustained two gunshot wounds. The victim was transported to the hospital and later succumbed to his injuries.

An arrest warrant has been issued for as MIGUEL ANGEL MIRANDA (06/13/1998) in connection with this homicide.  He was last seen in a white 2010 Acura, Washington License BYD1918, with dark tinted windows and black wheels. The police department is seeking the public’s help in locating Miguel Miranda and the vehicle involved. Miranda is considered armed and dangerous.

If you see or know the whereabouts of Miranda, please call 9-1-1 DO NOT approach him.