The City of Ferndale works hard to protect the health, safety and welfare of our citizens. One way that we do that is responding to violations of the Ferndale Municipal Code.

We have a dedicated individual that works on these issues to make sure that everyone can live in safe buildings and healthy communities. This page should answer some of your questions about Code Enforcement.

If there is an emergency, please call 911. The Police Department will then contact City Hall about the incident. 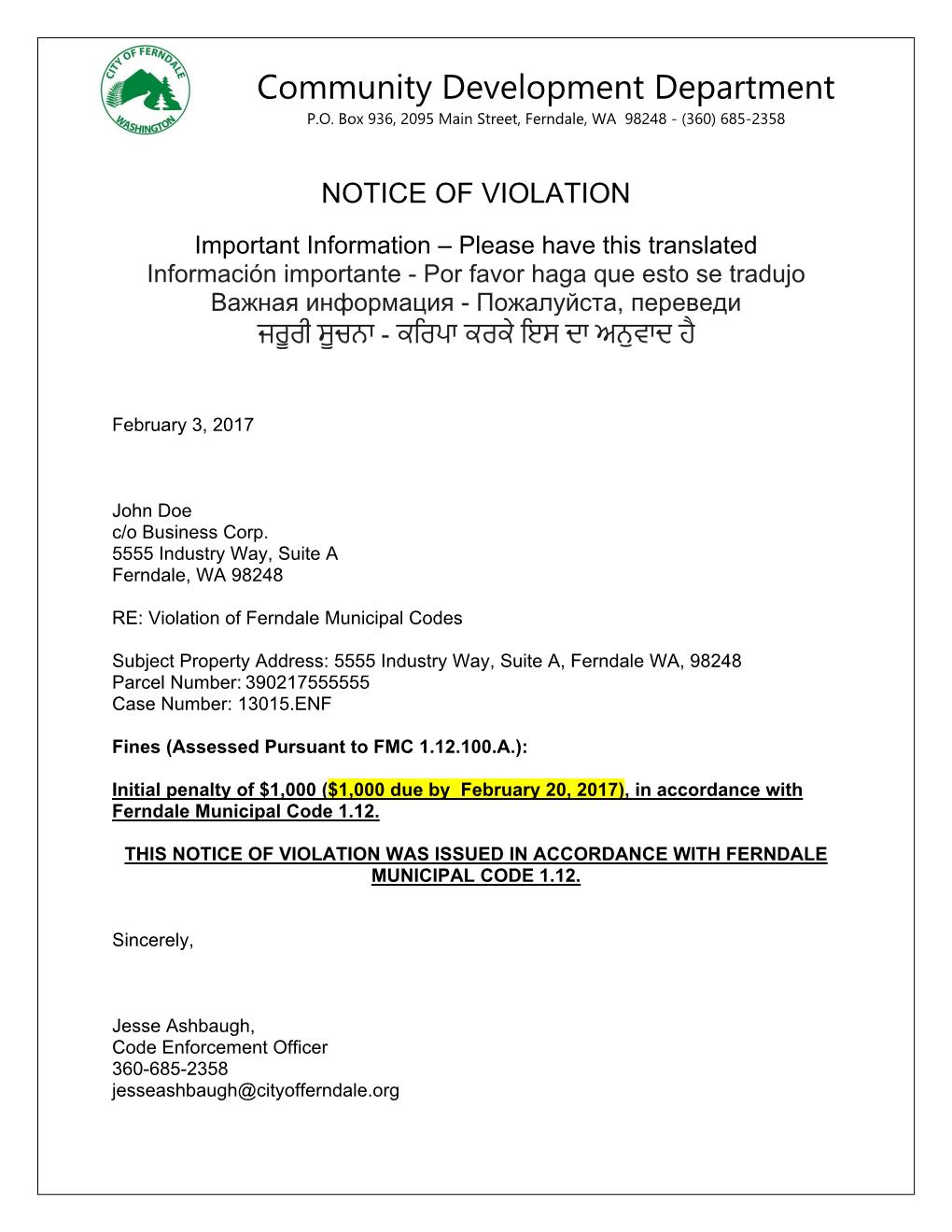 What do I do if I receive a “Notice of Violation” or “Stop Work Order”? The first thing to do is to read the letter carefully. The document contains specific information about why you have received the letter, what needs to be done to resolve the violation and how to proceed.

After thoroughly reading the letter, you may contact City staff with any questions. The staff member in charge of your case and their contact information should be clearly stated at the bottom of the page. Most violations can easily be resolved when responsible parties work with City staff toward compliance with applicable City code provisions. 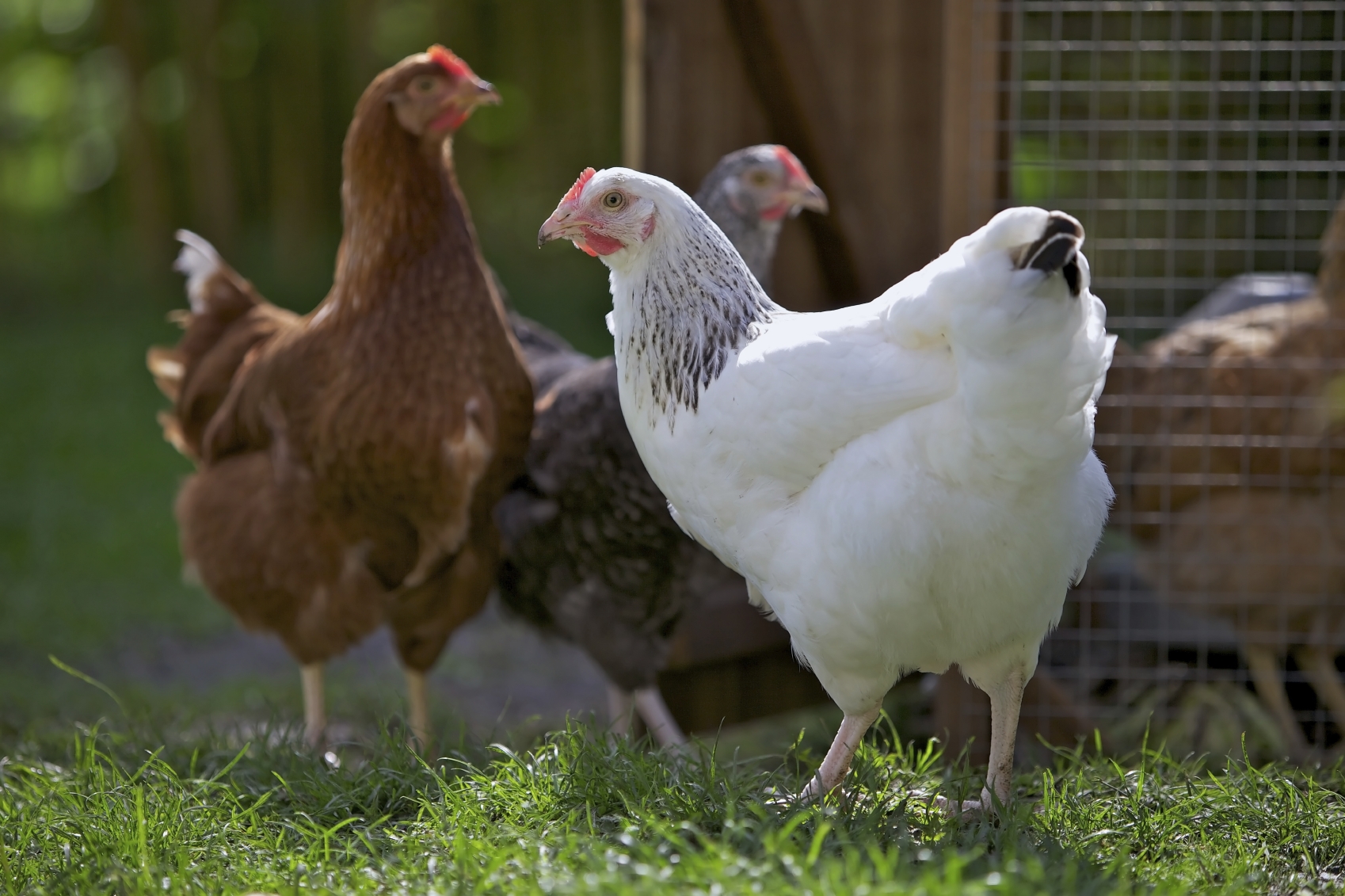 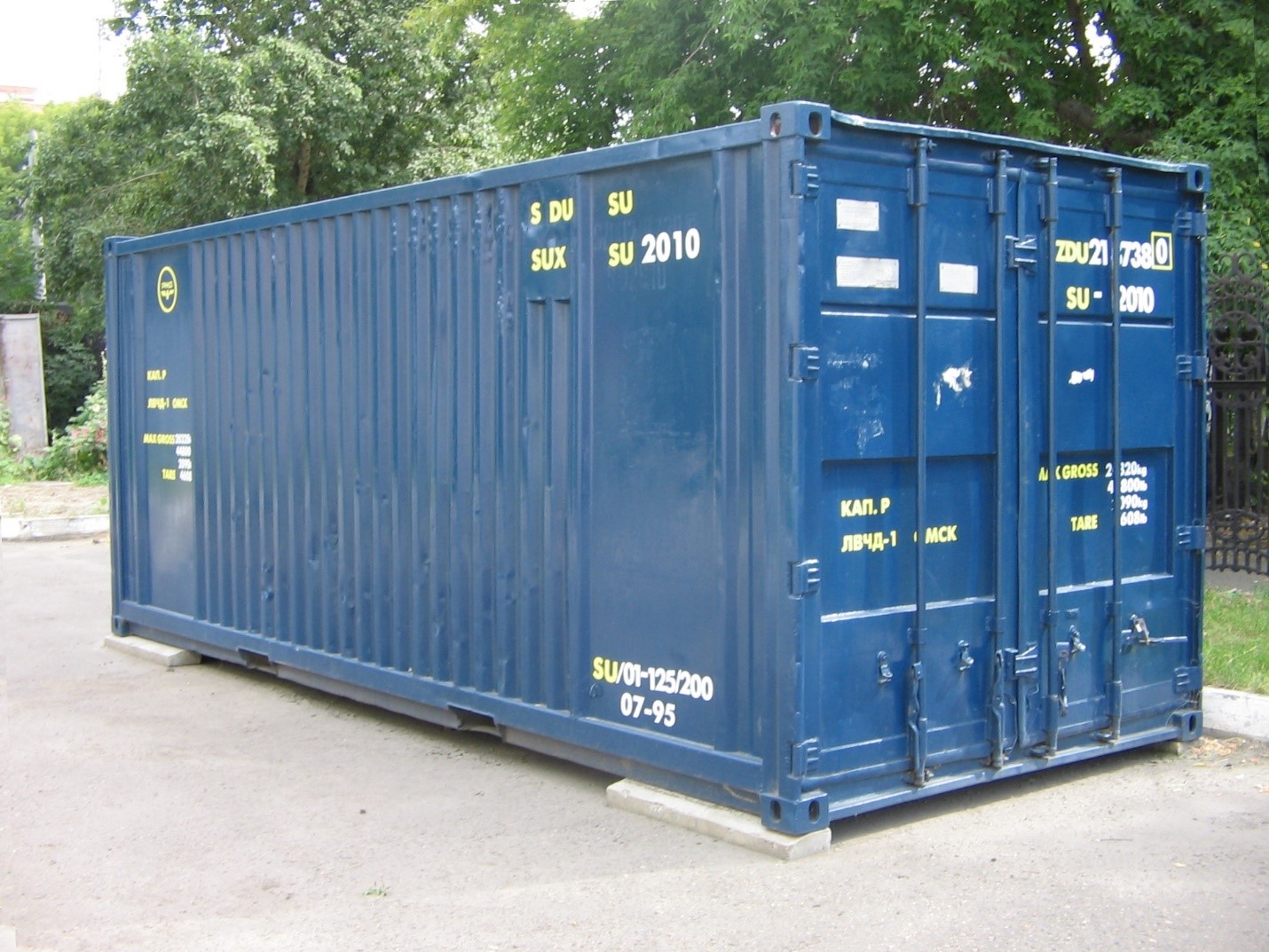 Thinking about placing a shipping container on your residential property?

Here is what you need to know:

If you’re considering getting a container, please contact City Hall so we can answer all your questions. 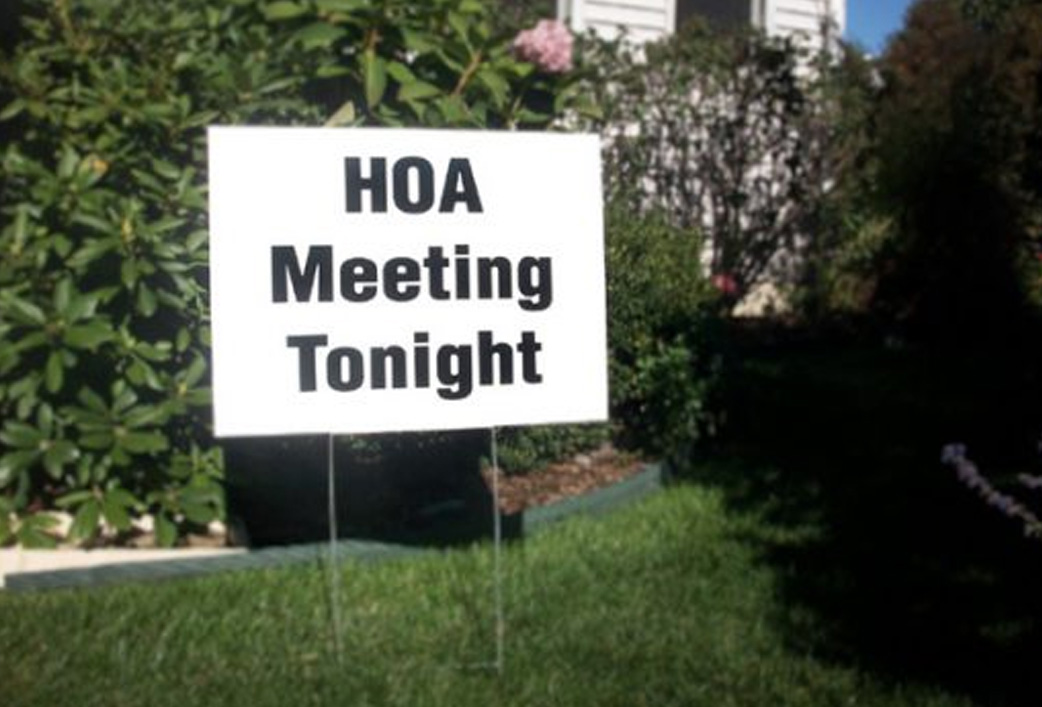 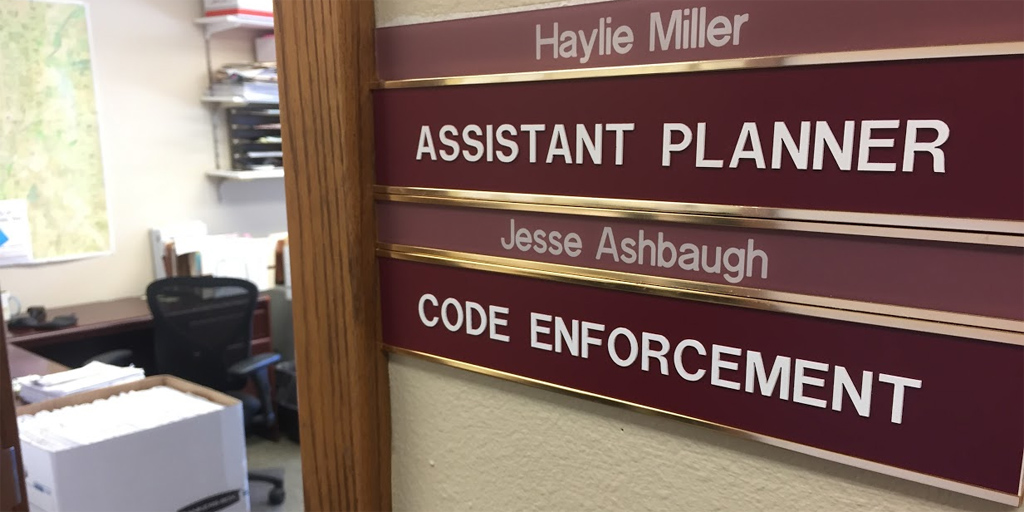 Check out the Common Code Violations in the box next to this one or give Code Enforcement Officer Kyla Boswell a call at (360) 685-2365 or email her at codecompliance@cityofferndale.org.