James Wells and the Case of the Missing Belgian 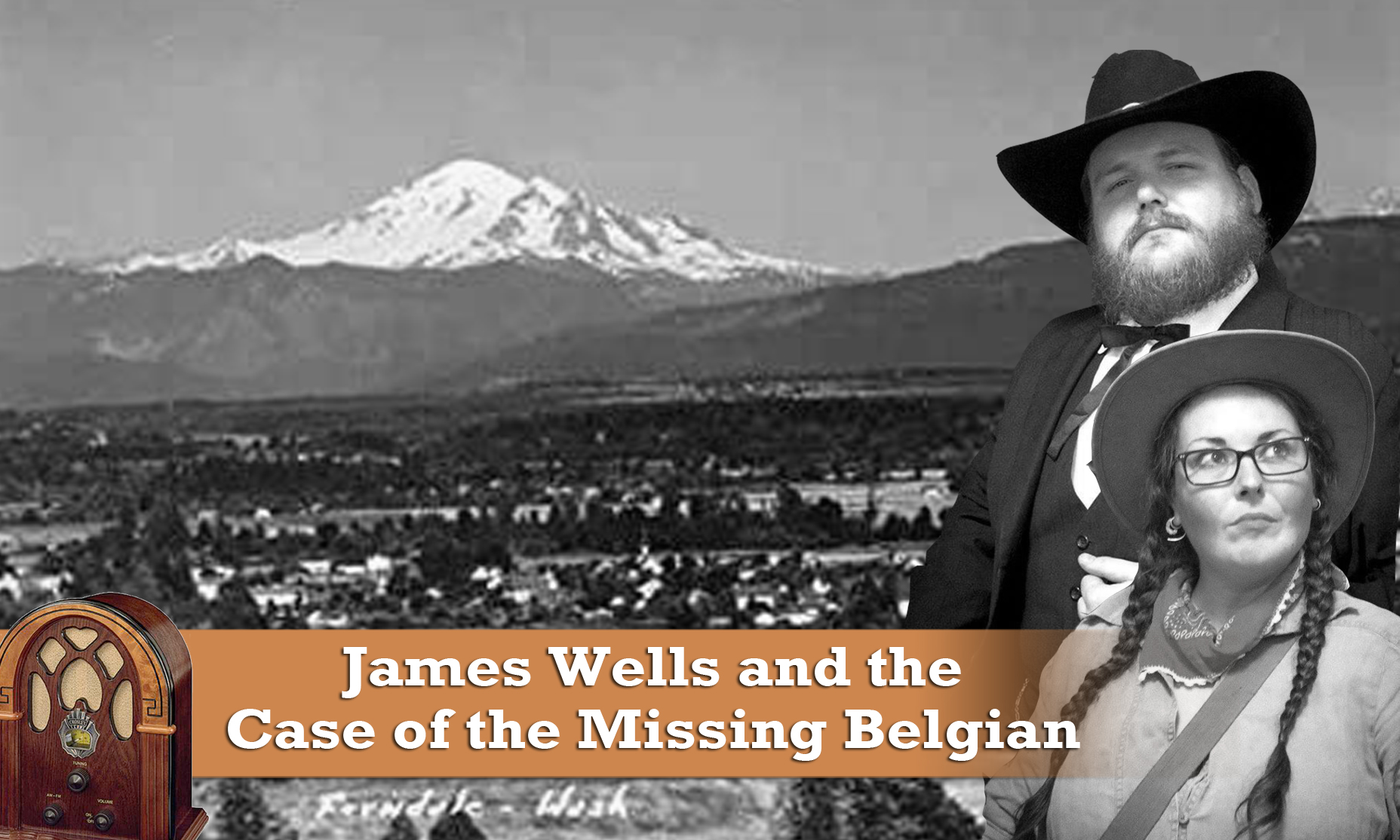 “James Wells and the Case of the Missing Belgian”

This is an original radio drama, written and produced for the Whatcom Old Settlers Variety Show. It is set in 1932 Ferndale, and tells the story of Marshal James Wells as he investigates a missing horse from the McKay family farm.

It is available to listen in the link below, along with the cast list and historical footnotes.

Written and Produced and assorted growling noises by Riley Sweeney.

This radio drama was written with research assistance from the Ferndale Record who was kind enough to let me borrow all their back issues from 1931 and 1932.

I chose this time period because there is very little material from Whatcom County available during the Great Depression. Ferndale’s history as currently told seems to focus on the European settlers that arrived in the late 19th century and then it jumps forward to the arrival of the refineries and smelter. I wanted to write a story that took place somewhere in-between to help fill in those gaps.

Why a radio drama? I am a big fan of the classic radio mysteries and serials of the golden age of radio. The Shadow, Suspense, Lone Ranger, Dimension X or Lights Out, these programs relayed on the theater of the mind to bring incredible stories to life. With the Old Settlers Variety Show, I had an opportunity to create something unique for Ferndale in this style.

This was not my first radio drama, a few years back I created Bellingham Terror, a mystery horror series set in 1935 Bellingham and I tapped many of those local actors from that production for this show.

James Wells: Yes, Marshal Wells is a real person. He served as the sole police officer in the City of Ferndale for over 20 years. In the mid-fifties, the City finally hired him a second officer to help. He also served as the utilities manager, and would collect water bills in person.

County Commissioner Kaas: Prior to the implementation of the Home Rule Charter in 1978, Whatcom County had three council commissioners rather than seven councilmembers that formed their government. Commissioner Kaas is a fictional character however. 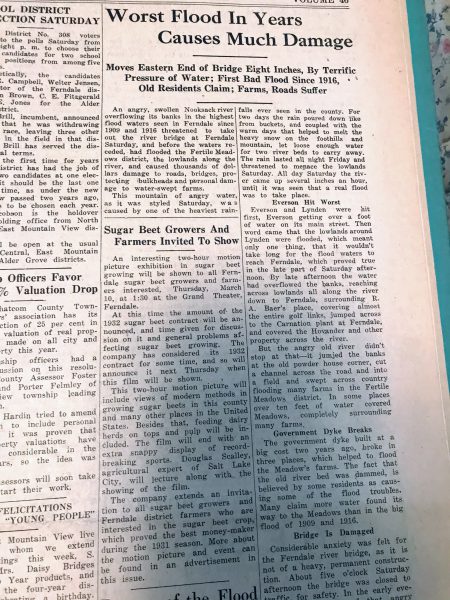 Yes, the flood did actually happen. It knocked the bridge around and wiped out an opera house in Everson. It wasn’t quite as sudden as portrayed but it did catch many residents by surprise.

There was a cougar sighting in April of 1932. It did not kill any livestock, and was quickly scared off by the residents.

The McKays and the Olsens:

Both families are longtime residents of Ferndale, although Bruce, Louise and Sarah McKay are all fictionalized for the purposes of this story. 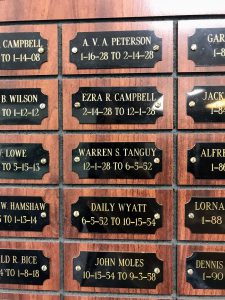 Pinkerton regularly railed against the Butter tax, writing weekly editorials on the subject. It was a vital issue for an agricultural community like Ferndale.

All famous movie stars from the time period. Mae West was famous for her rather risque routine, hence the joke about whether it would be welcome in Lynden.

Mad Maggie and the Cabins at Pioneer Park

As best I could discover, there wasn’t a witch living at Pioneer Park during this time, although there were a number of practices that could be described as witchcraft today – such as the use of divining rods – that were quite popular during this time.

The cabins referenced in the show are not the cabins that currently reside at the park. There were a number of temporary vacation cabins that were available for tourists and travelers during that time. They were subsequently wiped out by a later flood.

History is full of compelling stories. If there are any questions or feedback, I would love to hear from you. Feel free to send me an email at rileysweeney@cityofferndale.org.